Just got back from a sticky-hot and serene trip to the woods to harvest ramps (wild leeks). I drove the 1/2 mile out on the lane way through the knee-deep grass. I startled 3 deer in the grass and they stood and watched and then leaped away. Two of them had average white tails, but the third had the biggest white plume of a tail that I had ever seen. Couldn't snap a pic fast enough. 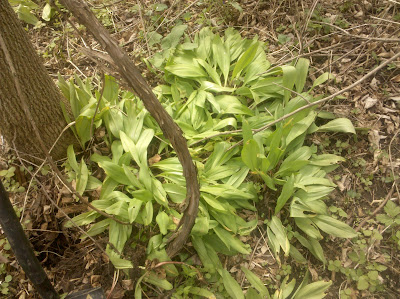 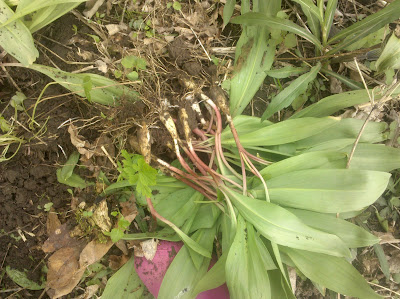 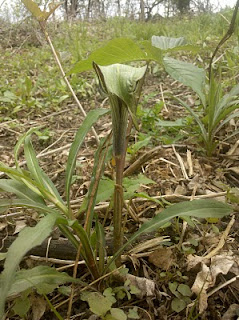 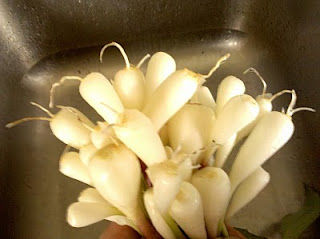 I'm careful with my wild harvest as I don't want to over harvest and stop the regeneration for future years. Luckily, there are several areas in our woods and I headed to the deepest, darkest area first. Unlike last year, this patch was a bit anemic and I dug just a few small ramps. I thought maybe that was it for the year, but on the way back to the car I discovered a better patch. And then much to my surprise, the closest, most traveled area had the biggest, fattest leeks I had seen. Score!

Along the way I saw some Trillium (just white so far), lots of yellow violets (what's up with that this year?), brilliant marsh marigold in the swampy areas and jack-in-the-pulpit just starting to open.
Posted by Dinosaur Dry Goods at 11:53 AM

Where to find DDG